Well, let me tell you a little story. When my kids were young, I got them this cute little bunny rabbit. It seemed like a good idea at the time. After we got him, however, I learned that rabbits poop A LOT. And by “a lot”, I mean there was so much poop ALL THE TIME, that keeping his area clean was nearly a full-time job. I couldn’t believe how much this cute little critter pooped! 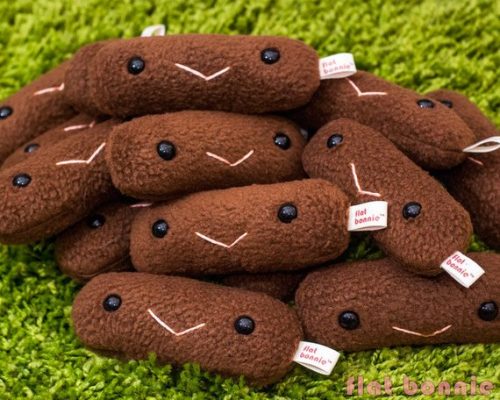 How Should I Clean Up the Poop?

First thing is first, you are probably reading this article in hindsight, so what is the best way to clean up your guinea pig poo.

A healthy guinea pig’s poop will consist of small, hard pellets, so cleaning it up is not a problem. Probably the most common method is just to take a small mini-broom and a dustpan and sweet it up. If you prefer something easier and less hands-on, the Bissell Pet Hair Eraser Handheld Vacuum sucks up those pellets in a jiffy. A lot of guinea pig owners swear by using fleece bedding because it looks nice, and you can clean it by throwing it in the laundry.

If you are after one of these fleece beddings, you can check em out here.

But you have to clean fleece bedding a bit more often than you would if you used a shavings-based bedding.

If you are after some nice guinea pig bedding, feel free to check out an article I wrote up about this topic. I highlight all the different types of bedding you can get and I show you the best option to go for.

Pregnant women are often advised to stay away from cat litter boxes because there is a slight chance of encountering Toxoplasma gondii parasites present in an infected cat’s feces. So you might wonder, is guinea pig poop safe to be around?

As a general rule, guinea pig poop is safe to be around. But like any fecal matter, it will contain bacteria or viruses if the guinea pig has a current infection. For example, a guinea pig with a Salmonella infection will pass Salmonella bacteria in his poop, and if you handle it and get it into your system (like, you didn’t wash your hands and touched your mouth, nose, or eyes with infected hands), you could contract salmonellosis.

Guinea pigs can become infected with the Toxoplasma gondii bacterium, and although it is rare, it is possible. So again, if the guinea pig is infected, it will show up in his poop, providing a way for humans to contract the infection.

Unlike bacteria, the LCM virus can go airborne, and you can inhale it when you’re near an infected guinea pig’s poop or if you hold him close to your face. This is a dangerous condition for pregnant women to contract because it has been shown to cause mental retardation, hydrocephalus (“water on the brain”), and chorioretinitis in infants of infected mothers. However, remember that LCMV is very rare in guinea pigs, so usually you have nothing to worry about.

Where Do Guinea Pigs Poop?

If you are after a litter

Is It Safe To Use Guinea Pig Poop as a Fertilizer?

Yes, it is. Guinea pig poop makes a great fertilizer and can be used in compost bins and piles, as well. Guinea pig manure can be added directly to your garden or flower beds. It’s not necessary to compost it first. It provides nitrogen and phosphorus for your plants. You can also use guinea pig poop to make a liquid fertilizer. Put your guinea pig poop in a bucket or can, then add water in a 2:1 ratio (2 parts water to 1 part guinea pig poop). Let it sit for 1-2 days. Then you can either strain the liquid out to pour onto your plants, or just pour it as-is onto the soil around your plants.

So that’s it. That’s my lowdown on guinea pig poop. What comments, observations, or questions do you have about guinea pig poop? Please share in the comments below.

26 thoughts on “The Lowdown on Guinea Pig Poop”